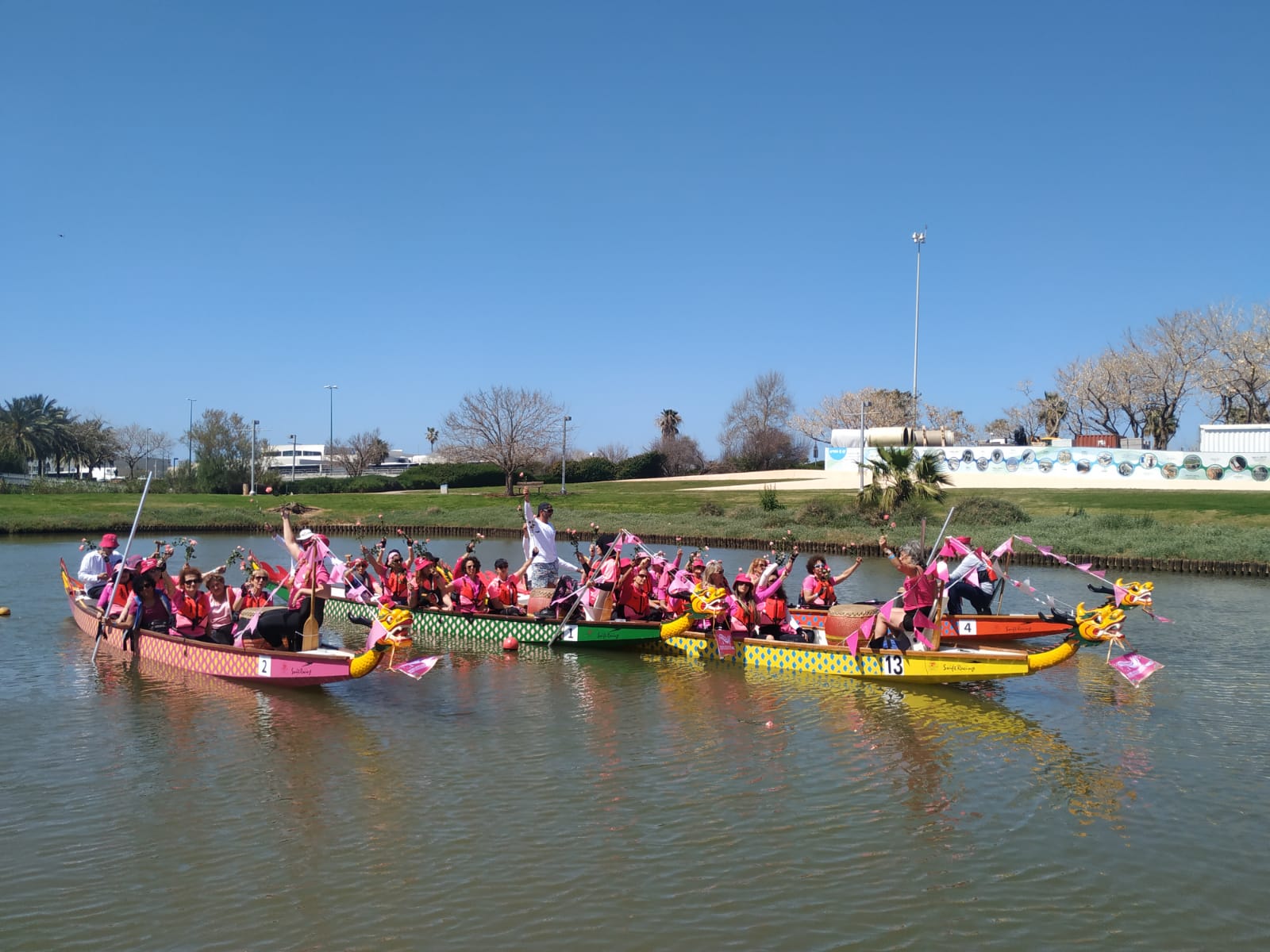 The members of the group “Recovering from Breast Cancer” Pink Lioness for Israel “and the group” Striving for Life “held this year the annual download ceremony in honor of the late Mirit Harari.

The event took place this morning at the Daniel Rowing Center, in collaboration with the Tel Aviv Municipality and one of nine associations, and included a rowing event in which about 100 women participated.

Yesterday, Friday 19/3, a ‘download ceremony’ was held in memory of the late Mirit Harari, who passed away last September after a long battle with cancer. Mirit was a kayaker, a friend and traveling companion at the Daniel Center for rowing she had for a second home. The traditional ceremony is a tribute to women Who died of breast cancer and was held annually in the Sea of ​​Galilee by a group of women recovering from breast cancer called ‘Pink Lioness Israel’ founded by Orit Ziv, Israel’s representative in the international pink rowing organization ibcpc, which was present at the event. Israel and one of nine associations.

As part of the event, a rowing demonstration was held in decorated dragon boats in which the “Striving for Life” group, a group recovering from the Daniel Center for Rowing, together with the pink lionesses Israel. The event began with a gathering of about 100 women dressed in pink. The assignment was launched from a bird’s head, and ended at the Daniel Rowing Center. Didi Harari, the late Mirit’s husband, who came with his family, Linda Strait, the founder of the Daniel Center, and Sigal Ratzin, CEO of the One in Nine Association, which helps women with breast cancer, promoted the importance of early detection. The disease, and is working to change legislative policy on the subject. Great excitement was recorded when the singer Noy Fadlon, sang the song ‘Shemesh’ by Hanan Ben Ari, whom Shimrit loved so much and even asked to be heard at the funeral.

Didi Harari said: “Half a year ago Mirit said goodbye to us after two stubborn but full of life years. She felt it was time to say goodbye with warm words, farewell letters, and for all the two years she met other patients and healthy people who wanted to hear her, indirectly she actually said goodbye to them, all optimism She scattered around was a kind of farewell and left something of her. The Daniel Center was her second home, she was not happy from her that she came here and went out into the water. The longing is great and trying to live according to the legacy she left. It’s how you live. “

Linda Strait, founder of the Daniel Rowing Center: “More than 15 years ago, at the Daniel Rowing Center, the ‘Striving for Life’ group was formed by a group of women recovering from breast cancer, on the initiative of the same women recovering from the disease, who met in chemotherapy rooms. Strong, brave, who did not give up on life and so did the late Mirit Harari who fought until the last minute and therefore the ceremony is dedicated to her. Women ‘striving for life’ are for each other, in the same boat strengthening and supporting as in life so in rowing. I am proud that the center and the sport of rowing are home to a variety of unique groups, which face health, mental and social challenges thanks to it. “

Orit Ziv, founder of the Pink Lions: “The late Mirit Harari is a symbol of courage, optimism, mutual help, and values ​​and the ceremony corresponds with her heritage. At the ceremony we stood together in a row, hand in hand, tossing roses and calling in the oil of the women who were no longer with us. Last year, Mirit rowed with us, and today she is gone but she is in our hearts every day. I welcome the joining of the directors of the ‘Gamani’ Facebook group, one of the nine-year-old associations, and hope that their participation will become a tradition. The Pink Lion Group has been set up to raise morale, to raise awareness, and also to show that women recovering from breast cancer have not finished their careers but are kicking and striving. “

Sigal Ratzin, CEO of Ehad Masha: “We are happy to take part in such an exciting and powerful event that is all about the love of life and female power. We are the proof that it is possible and necessary to overcome obstacles and embark on a meaningful life during and after the illness. One in nine associations, and the thousands of women who use it every year, are the living proof of this. Go get tested, early detection saves lives “

The event took place subject to the terms of the Ministry of Health green label.

We respect copyright and make an effort to locate the rights holders in the photographs that come to us. If you have identified in the articles or publications of Schwang Photography that you have rights to, you may contact us and request to cease using it or request to add your credit by email: [email protected]