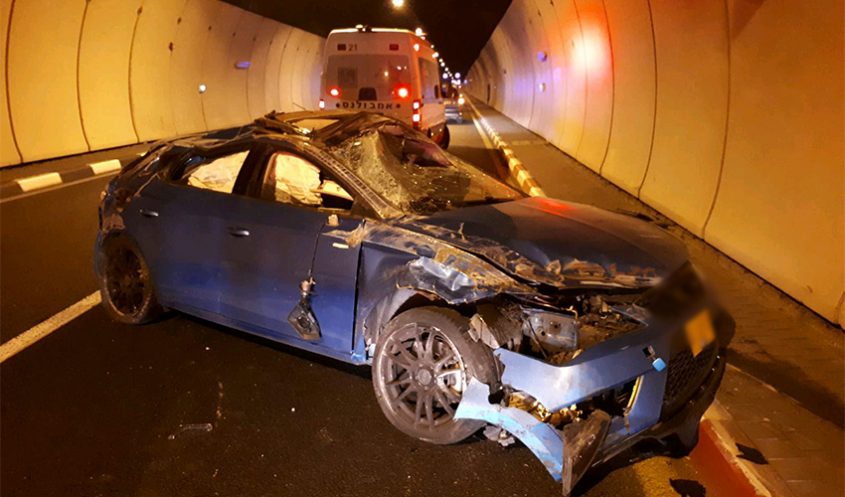 Data from the summary of 2020 published by the Green Light Association show that in the past year, seven people were killed and 585 injured in road accidents in Haifa, 64 of them seriously. Green Light CEO Erez Kita: “The year 2020 only intensifies the failure of the Ministry of Transportation and Road Safety in the fight against road accidents”

Data from the Green Light Association, based on data from the Central Bureau of Statistics (CBS), show that in 2020, seven people were killed and 585 injured in road accidents in Haifa, 64 of them seriously.

A total of 305 people were killed on Israeli roads in 2020, including 81 pedestrians, 68 motorcyclists and scooters and 22 electric cyclists and scooters. A distribution of the ages of the dead shows that 24 of them were children aged 14-0, 70 were teenagers and young people aged 24-15, and 69 of them were elderly people aged 65 and over. Tel Aviv-Yafo is the city with the highest number of casualties, and it surpassed Jerusalem with the highest number of casualties in 2019. In Jerusalem, the death toll is highest in 2020.

Green Light CEO Erez Kita: “The year 2020 only intensifies the failure of the Ministry of Transportation and Road Safety in the fight against road accidents. Despite two tight closures, in which there was a sharp decrease in the number of vehicles moving on the roads, there was not the same decrease in fatalities, on the contrary – in relation to travel, there was even an increase. This is a direct result of the reduction in budgets transferred in favor of saving lives on the roads. The government preferred to concentrate only on Corona and neglected the safety and security of us all on the road. “

According to Kita, “Less mobility, fewer police officers and fewer budgets to improve the red roads are the main causes of the huge failure of all the bodies responsible for our life on the road, and it is the public that pays the price for failure. Last year we could save 100 families And the priorities of the safety bodies have led to failure. “

Want to stay up to date with all the hot news in Haifa?

Download the “Department Store – Haifa and the North” app on Android

Join the wastop group of “Kalbo – Haifa and the North”