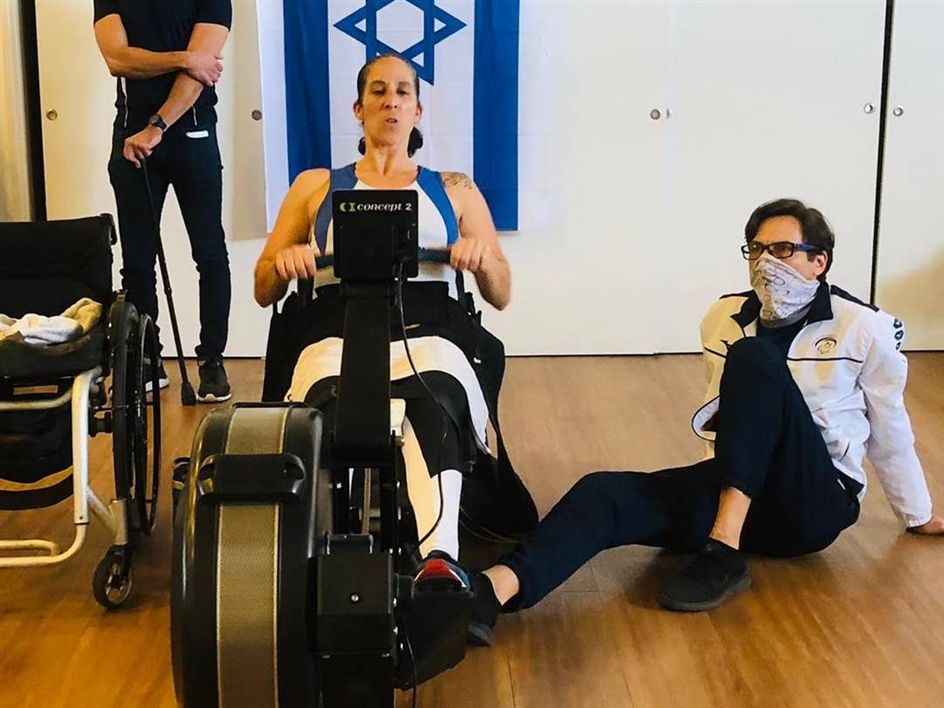 Today (Tuesday) the World Rowing World Championships took place virtually, with each country competing from its place in the 2,000-meter dash. The competition was held at the Daniel Rowing Center, and Israel was represented in the final of the Paralympic rowers: Moran Samuel, her brother Klein, Barak Hatzor and Shi-Li Mizrahi, who competed in real time against other finalists in their race category.

Samuel came second in the championship and won the silver medal after ‘rowing’ in a simulator device that simulates a boat (concept type ergometer 2). She finished the 2,000 meters with a result of 8: 26.2 minutes. Mizrahi, who competed in a different end, with a different degree of disability than Samuel, came in third with a result of 8: 49.2 minutes. In the men’s end, Klein came in fourth (6: 32.2 minutes) and Barak Hatzor in fifth (6: 41.9 minutes).

This is an accepted industry, which is not an industry included in the Paralympic Games, where the rowing is done in the hall on the simulator device, with each athlete competing in his country online. The rowing machines are connected to a computerized electronic system so that the paddlers can see their competitors around the world. Today’s championship was attended by about 750 athletes from 63 countries.

At the end of the competition Samuel said: “I am after two thousand meters on the machine, which is the biggest torture there is in rowing, much worse than on the water, but fun to have competitions and fun to have goals, even if it is virtual. My goal was first of all to improve my personal record , And I improved it by more than three seconds, which is a lot to two thousand meters. I had another goal and that is to finally be able to beat the Norwegian, Birgit, who is really my rival for a few years, she does not let me get closer, keeps moving away. There is still a lot of work to do in Tokyo. “

All the rowers are members of the Tel Aviv Warrior House, who train at the Daniel Rowing Center in the Yarkon, with coach Paula Grizetti and assistant coaches Dima Margolin and Javier Mendes.

Right: We will oppose the fifth election – Channel 7