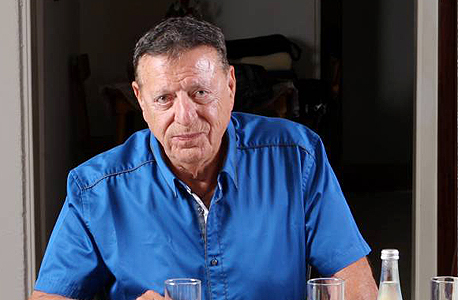 Four months after he died, the full estate worth billions of shekels bequeathed in his will to Michael Strauss, one of the wealthiest industrialists in Israel, to his three children – Ofra, Irit and Adi – and his grandchildren.

According to information obtained by Calcalist, these include shares worth NIS 2.53 billion in the Strauss Group food corporation traded on the Tel Aviv Stock Exchange; in five properties (apartments and offices); in three yachts registered in tax havens; in rights to piers, shops and warehouses in Genoa and Italy And in shares of two Israeli investment companies, and one from the Virgin Islands.

Bottom line, according to information obtained by Calcalist, Strauss’ will was intended primarily to preserve the balance of power in the main asset he controlled – the listed Strauss Group – between his children: Ofra, the chairman of the listed company, his son Adi and his daughter Irit.

The late Strauss’ wish, it was learned, was that his shares in Strauss Holdings (75%), which controls the listed Strauss Group through the Michael Properties company he owned, “be passed on to his children and from them to their descendants on the basis of blood ties.” As a result, his children’s spouses were not included in the will. Strauss also demanded that his shares not be encumbered, and that his children sign financial agreements with their spouses.

Ofra Strauss. Will hold 16.9% of the shares in Strauss Group Photo: Uriel Cohen

As mentioned, the list of assets that Strauss has accumulated in his life and is divided among his heirs is long. It includes 54.7% in Michael Strauss Properties Ltd., which holds (75%) in Strauss Holdings, which in turn holds 57.2% of the stock exchange Strauss Group. The value of the shares is estimated at NIS 2.53 billion.

The list also includes real estate: Two residences in Tel Aviv and Maalot, two offices in the Manufacturers’ House in Tel Aviv, and half of the rights to the Strauss Family Memorial in Nahariya. Strauss also held shares in investment and finance companies called “Strauss Investments” and “Rav Etgar” in Israel and in “Alaska” from the Virgin Islands. The value of the shares is unknown.

The real estate, yachts and other assets that will not be distributed will be sold and the money will be concentrated in a family fund that will manage the funds for the benefit of the family. For example, according to the will, each of his 12 grandchildren will receive $ 2 million. ‘, CPA Gad Somekh and Ronit Haimovich.

As stated, Strauss bequeathed all its shares in the private company that owns a chain in the Strauss Group to its three children. These were divided equally among themselves – a third for each. This is in addition to 5% of its shares, worth about NIS 126 million, which will be transferred to a family fund (the fund for the benefit of the Michael family) for 15 years, so that it will benefit from dividends distributed by the public company. The shares will be blocked for sale, and it will not be possible to encumber them.

It should be noted that in the past, businessman David Azrieli, the controlling owner of the Azrieli real estate company, acted in a similar way, leading to a dispute with the tax authority that was exposed in Calcalist.