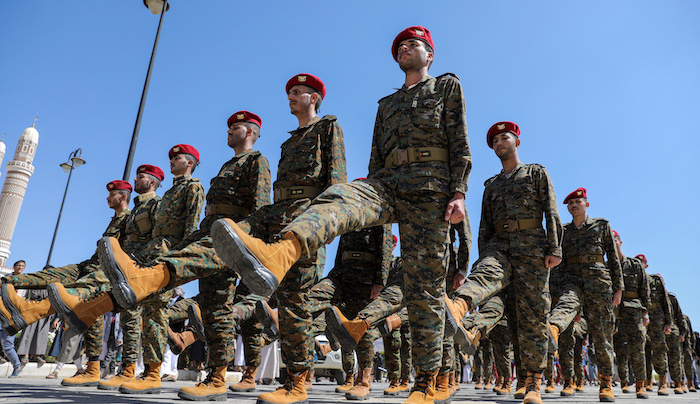 Saudi Arabia yesterday (Monday) announced a ceasefire proposal with the Houthi rebels in Yemen, after a six-year war that led to the worst humanitarian crisis in the world today. The proposal also calls for the reopening of the main airport (controlled by the rebels) for a number of flights, and the creation of a joint and accessible bank account for the rebels and the recognized government, where taxes and fees accrued from oil imports through the rebel port, which is also controlled by the rebels. Saudi Arabia has previously accused the rebels of stealing these funds

Recently, Iran-backed rebels have stepped up their attacks on Saudi targets, particularly oil sites, airports and military installations, and there is also a flare-up of fighting in the rebel-held area of ​​Marib. The AP news agency reports that on Sunday, Saudi-led coalition missiles were fired at the Yemeni capital, Sanaa.

A further attack has damaged a food-producing plant in the port city of Hudaydeh – a particularly serious situation in a country where nearly 80 percent of the population earns less than two dollars a day, and 400,000 children under the age of five could die of malnutrition in the coming year, according to a recent report ‘M.

“We want the guns to go silent,” Saudi Foreign Minister Prince Faisal bin Farhan told a news conference. ‘It depends on the Houthis now. We are ready to start today. We hope we can stop the fire immediately, but the burden of proof is on them. ‘ Ben Farhan added that the ceasefire plan would be presented to both the Houthis and the exiled government that would have to accept the offer, with the involvement of the special US envoy, Martin Griffiths.

It should be noted that about a year ago, Saudi Arabia declared a unilateral ceasefire, which did not succeed. An anonymous Houthi source told the Associated Press that there was nothing new in the current Saudi proposal, as it was not a complete lifting of the naval and air blockade.

The United States has a lot of pressure on the Yemeni government to end the fighting in Yemen. As part of its efforts, Washington removed the Houthis from its list of foreign terrorist organizations, to which it was added at the end of Trump’s term, and froze arms deals with Riyadh. After the “golden age” it experienced in the Trump administration, Saudi Arabia is getting a pretty cool shoulder from the United States, and it is trying to restore its image. A ceasefire in Yemen will lead to the desired results, and will put Riyadh on the right side of history (and the future) for the Americans.