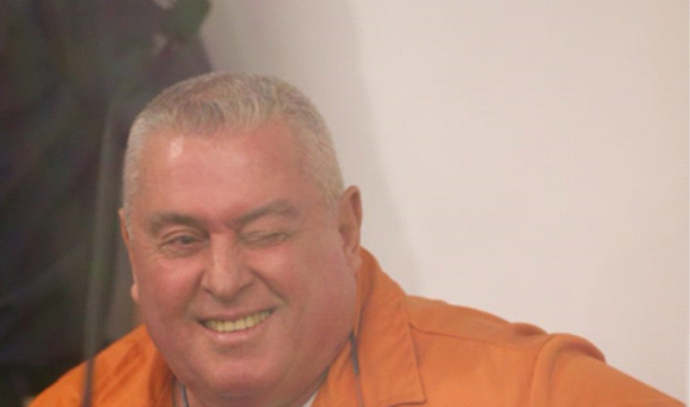 The handsome Buki Naa, the veteran criminal reporter, spoke tonight (Sunday) with Ben Caspit and Aryeh Eldad on their program on 103FM. Nae addressed the reasons why it was decided to release the criminal Zeev Rosenstein from prison in nine months, and tried to explain what goes through the mind of a former senior in the criminal world, who is released at age 67 after 17 years in prison.

The Parole Board ordered the release of prisoner Zeev Rosenstein on condition that the state does not file a complaint.Shaken by the decision. What do you think about it?
“He’s going to be released in nine months, but in the meantime the state will file an appeal because she claims he’s still threatened and his enemies, who are still in jail, can send someone to take him down from the outside. It seems to me a bit … you know …”.

That is, a prison has become a place that protects people?
“Listen, there are people in prison who sent other people to kill because Rosenstein who was once the great man and the so-called, knocked them out. For example, the Abergele brothers who are sure he is the one who sent someone to kill their brother Jacob.”

How long is he sitting in jail?
“Rosenstein has been sitting for 17 years. Listen, at age 67 to be released from prison when you have a side bank account with a few shekels, and two decent villas. I meet the guys from his class on bikes at sea drinking coffee in front of the waves. At that age you don’t even want to get involved Rosenstein had 17 years to think in prison, and that’s enough time to come to the conclusion that all your partners are cheating on you and it’s all a matter of interests and money, and crime is not profitable. He is not a child, and has been ill with cancer for many years, and can live the His life is quiet. “

He also has cancer?
“He’s been sick with skin cancer for ten years, and he even has grandchildren, so he will not rob now and even if he invests in some drug deal like he did in the past then at the end of the courier on the street he will betray him and it will go all the way and it will be a case. People at that age will tell you crime Does not pay”.

But with two villas it probably pays off.
“I will not respond to that, but what if, if there are people that Rosenstein wants to come to terms with they are not criminals but rather two police officers – one called Avi Neumann and the other was the intelligence officer of the central unit, and they sent him to jail.”