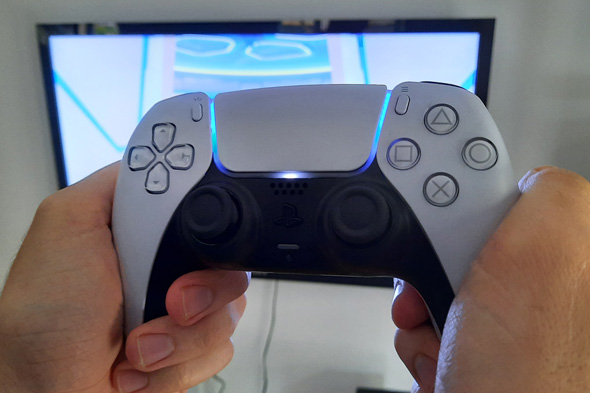 Those who managed to get a PlayStation 5 but complain about its design. Although the phrase “first world troubles” is redefined, a solution has been found for them as well. The Canadian company Dbrand has started offering replacement matte black plastic plates, which cost $ 49 and these immediately became a hit.

While not the first to offer an alternative design solution for the console, Dbrand stood out in its hostile attitude towards Sony. “Come on, sue us,” they sting on their website, in response to the fact that a few weeks ago Sony threatened to sue another company that offered a similar product, under the name PlateStation. The PlateStation website went off the air and all orders were canceled, after the company that was responsible for the product claimed that Sony’s intellectual property also includes the physical design of the PlayStation.

The new plates for the PlayStation 5

Dbrand chooses the opposite path. A tour of their site is a lesson in cheeky branding, their statement that they are seeking the Nobel Prize for achievement, they are accompanied by an explanation: “With the release of Darkplates, the impossible happened: we took Sony’s monumental achievement in bad shape … and corrected it. We can only assume “Our prizes are already waiting for us in the mail.”

The PlayStation 5 is the most massive console Sony has ever created and the largest on the market today. The design has been controversial from the moment it was unveiled: Compared to Sony’s relatively modest black and gray consoles in previous editions, this time the console has a bright and eye-catching white design that, combined with its blue lights, reminded many of Eve, the robotic “Wall-E” movie.

The plates that surround the PlayStation are indeed easily removable, which has initially sparked speculation that Sony itself plans to sell a similar product. No such plan has been unveiled at this stage, but their jealous reaction suggests that such a move may indeed be planned later.

Anyway, whether it’s thanks to the shameless self-branding or it’s thanks to the product itself, Dbrand have cracked something right: the first three prints of the plates have already been sold and are expected to return to stock only in May. It turns out that after all, there is something in common for both Dbrand and Sony.