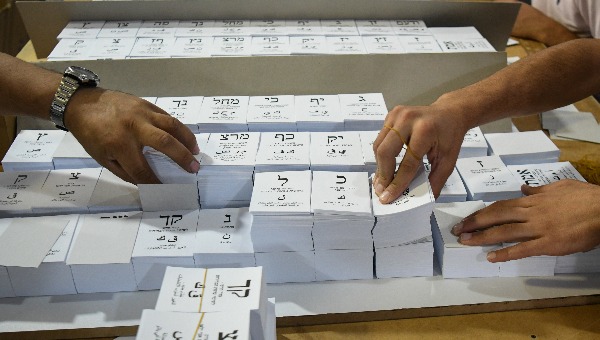 Today (Tuesday) the 24th Knesset elections will be held. According to CBS data published this week, in the State of Israel there are Israel currently has 6 million eligible voters, since the elections to the 23rd Knesset the number of eligible voters has increased by 102,000 citizens, 78% of owners The right to vote Those living in Israel are Jews, of whom 11% are ultra-Orthodox, 17% of those with the right to vote are Arabs and 5% are others.

Starting this morning, the heads of the lists went to the polls, together with the members of the lists, accompanied by activists and will move between the various voters and encourage them to vote for them, whether to increase the quota of seats or to pass the threatening blocking percentage. On every voice. They will be joined by the various activists who will wait for voters at every possible opportunity to persuade them, while the campaigners will continue to aggressively echo the party messages. We have gathered for you everything you need to know about the Sabbath, the locations of the polls, how to vote and the special polls.

Every resident of the State of Israel who has turned 18 on Election Day.

The Ministry of the Interior sent a “voter notice” to all eligible voters, indicating the polling station closest to their place of residence.
Even if the message did not reach you by election day, it is very easy to locate the polling station. The Ministry of the Interior’s government information website provides an immediate solution for checking eligibility for voting and clarifying the polling station. All you need is an ID number and the date of issuance of the certificate. The information can also be obtained by calling 1-800-222-290, or by text message to 050-8085500 (the ID number must be written in 9 digits, including the audit number, and the date of issue of the ID card). You can also fax to 1-800-222-291 with these two details.

Most polling stations will open on Election Day at 7:00 a.m. and close at 10 p.m. In the small localities (under 350 residents) voting hours are from 8:00 to 20:00. The same is true in hospitals and prisons and detention centers. Anyone who arrives at the polls before closing time will be able to vote, even if they have not yet had time to enter beyond the curtain.

You can vote in elections with a valid identity card or passport or driver’s license, and for soldiers – enlistment card or officer card. Note that There is no need Bring the message to the voter.
For the disabled and people with special needs who cannot vote at the polling station near their place of residence, there are “special accessible polling stations”, whose location is published on the Ministry of the Interior’s website.
A person who is hospitalized on Election Day may vote at the polling station for patients hospitalized at the hospital, which is also intended for employees of the hospital’s medical staff. Anyone who is in active reserve service on Election Day is entitled to vote at the special polling stations for soldiers stationed at IDF bases, as well as for police or IPS personnel.

The voter identifies with the ballot secretary by submitting an identification document, and will then receive legally signed ballot papers from the chair of the ballot committee.
Behind the curtain, the voter chooses only one ballot paper, on which is written a letter and the nickname of the list for which he decided to vote, and puts it in the ballot box he received. The voter may use a blank white ballot paper on which he can write, with a blue pen only, the letter of the list or the letter and nickname of his list he is voting for.

The Central Election Commission in cooperation with the Ministry of Transportation announced that travel services on long-distance public transportation on 630 bus lines and the Israel Railways will be free to the general public, starting tonight (Monday) at 20:00 until the end of public transportation activities on Election Day. All this in order to allow voters who are far from their ballot boxes to reach out and exercise their right.

For the purpose of exercising the right to vote, on the day of the Knesset election, Tuesday, March 23, free travel will be possible on some of Egged’s intercity lines for the general public. Among the lines where it will be possible to travel free of charge you can find lines such as: 405 and 480 between Jerusalem and Tel Aviv, lines 446 and 470 between Jerusalem and Beer Sheva, line 910 between Tel Aviv and Haifa, line 845 between Tel Aviv and Kiryat Shmona, line 962 between Tiberias to Jerusalem and more. Passengers on these lines will board the bus freely, without validity and without the need to present documents. You can be updated with the full list of lines on the Egged website and at the Egged customer service center at: 2800 *.