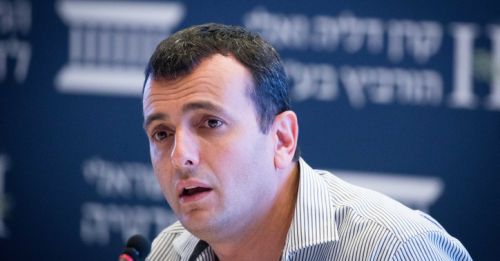 The former director general of the Ministry of Finance, Shai BaVad, who resigned about eight months ago, will serve as the chief business officer of the ‘Extra’ group, which is controlled by Moti Ben-Moshe.

The ‘Extra’ group is considered one of the most significant groups in the economy, with Dor Alon and the Blue Square Real Estate under its control.

Babad’s entry into office will not begin immediately due to the cooling-off law, and he will only be able to take office in early June, about a year after leaving the Ministry of Finance.

Last May, Bab “S announced to Finance Minister Israel Katz that he had decided to resign after 5 years:” I have been given the greatest privilege of my life to serve the citizens of the State of Israel in one of the most influential and important positions in the public service. “

The AVD added that “I thank the Minister of Finance, Moshe Kahlon, for the trust he placed in me and for enabling me to fulfill my public mission in the best possible way, and for my wife and family for the many years of support without which I could not have performed the job. He also wishes Minister Katz great success in the Ministry of Finance. His success is our success. “