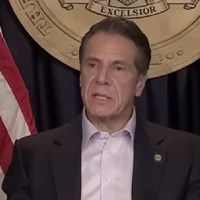 According to the New York Post, a senior aide to New York Gov. Andrew Cuomo told Democratic lawmakers that the administration prevented data on Corona’s deaths in nursing homes to prevent a federal investigation.

Melissa Druze, New York Gov.’s secretary, admitted that the administration hid the death toll, and in August a number of lawmakers sought to get the exact figures on deaths in Corona’s nursing homes since March 1 last year.

In a conversation on Thursday, Druze admitted that they deliberately concealed the data, “After the Trump administration started asking questions, Democratic politicians asked for the data in August, just at that time, then-President Donald Trump, made it a huge political issue,” she said. She added that “Trump started tweeting that we killed everyone in nursing homes,” Druze said. “Trump appealed to the Department of Justice to conduct an investigation, and we actually stopped there, because then we were in a situation where we were not sure if what we were giving to the Department of Justice, and what we were told, would be used against us while we were not at all sure if there would be an investigation.”

The governor’s senior aide apologized privately to Democratic lawmakers for hiding the death toll in nursing homes in the state of Corona, telling them “we hid for fear the real numbers would be against us by federal prosecutors.”

“I do not have enough time today today to explain all the reasons why I do not give it credit at all,” said Gottfried, one of the lawmakers who demanded data on the number of deaths in August was Health Committee chairman Richard Gottfried. .