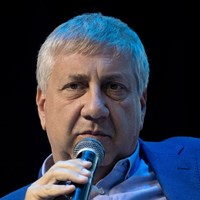 Following the storm at the military station and the struggle against commentator Yaakov Bardugo, this morning MK Yair Golan of Meretz calls on the station’s men to launch a vigorous struggle and even to suspend their work until Bardugo is removed

Commentator Yaakov Bardugo refuses to get off the agenda: It has been a long time since the GLC military station has a real battle between the veteran members of the military station, along with other employees, in front of the station’s popular political commentator and right-wing man Yaakov Bardugo. MK Yair Golan Calls on station workers to suspend work.

The struggle culminated this week when during a broadcast Bardugo slammed the station’s political correspondent, Moriah Asraf Wahlberg, who brought a report regarding the Foreign Minister’s visit to Russia and asked her, “Are you the spokeswoman for Ashkenazi and the Foreign Ministry?”.

After the storm> Bardugo responds: “The ‘line’ will not succeed”

Yaron Wilensky, who presents the daily program with Bardugo, chose to defend Asraf Wahlberg and told the commentator: “She is our reporter, do not despise her.”

Today (Friday), MK Yair Golan from Meretz calls on IDF personnel to shut down the station after commentator Yaakov Bardugo following the incident with Asraf Wahlberg.

“Bardugo sheds his slime at every opportunity,” Golan tweeted. “Now it turns out that he is also not a nice person. And I ask you all the reporters of Gali Tzahal, is this a protest? Shut down the station and go out to demonstrations. You get on with the D-9 and you defend yourself with a plastic bag. “Since this is a military radio station, I will recommend something from the field of combat: wars are won only in attack,” Golan said on Twitter.

In addition, last night the “journalists’ organization” addressed the station commander, Shimon Alkabetz, demanding that he act as soon as possible to stop the conduct of Yaakov Bardugo, who has harassed and humiliated journalists in the IDF waves.

In a letter sent from the organization, they wrote, among other things: “This is an intolerable conduct that is unacceptable both in terms of the journalistic freedom of the station’s journalists and their ability to carry out their work, which is severely damaged by the atmosphere of bullying created by Yaakov Bardugo on his environment, and in terms of workers’ rights and labor relations.” It amounts to the legal tests of abuse at work. “

Bardugo himself responded to the storm last night and tweeted: The GLC consists of journalists, professionals and professional, valued and good soldiers. The despicable attempt to silence opinions that do not conform to the “line” will not succeed. “