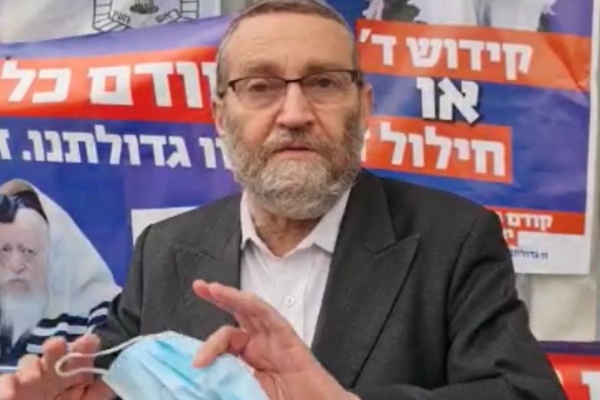 Less than eight hours to close the polls, and other incidents of incitement against the ultra-Orthodox public excite the public: Avigdor Lieberman’s remarks that “the ultra-Orthodox flock to the polls” and a punch that a student suffered from a bus custom.

About two hours ago, Lieberman called on secularists in Dizengoff Square to go to the polls, escalating the attack on the ultra-Orthodox: “They are flocking to the polls, now it is the turn of the secularists to go and vote. In the last election about 1,200,000 people in cities with a clear secular majority did not go to the polls.”

“I call on you to go and vote. Only here in Tel Aviv, almost 5 seats in the previous elections did not come to a decision,” the chairman of the Yisrael Beiteinu party added.

Following this, the chairman of Torah Judaism, MK Moshe Gafni, very sharply attacked the chairman of Yisrael Beiteinu, MK Avigdor Lieberman, and compared the media’s treatment of Netanyahu in the past that “Arab voters are moving in large numbers to the polls,” according to Yvette today. .

“When Bibi said about the Arabs flocking to the polls, the whole country was buzzing, he had to go back and everything that came with it. Now this anti-Semite, Lieberman, is standing,” Gafni was furious, “saying ‘the ultra-Orthodox are flocking to the polls’ and everyone is silent. Smutrich and the left are also silent. For this thing, which is terrible and horrible. “

Gafni argued that Lieberman should be arrested for inciting violence against ultra-Orthodox society: “Law enforcement agencies should prosecute this anti-Semite for all these statements, but the state is silent. The answer is given at the ballot box to erase the smile of this anti-Semite, Lieberman.”