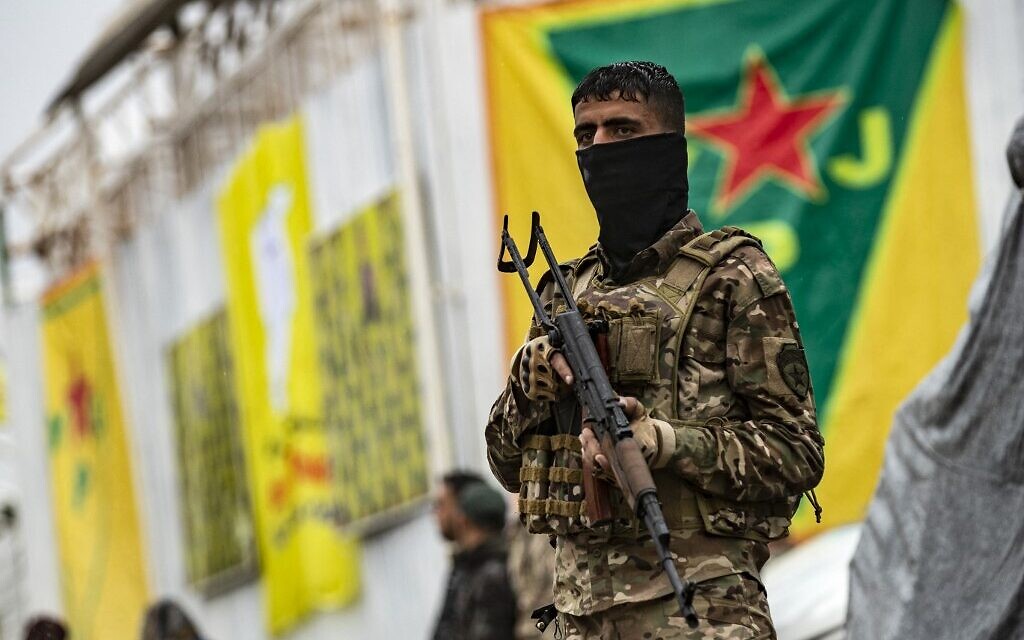 AL-OMAR, Syria (AFP) – Islamic State forces remain as dangerous today as they were when they were evacuated from their last Syrian disaster two years ago, Kurdish forces warned Tuesday and they celebrate an anniversary.

Kurdish-led Syrian Democratic Forces said counter-terrorism efforts today were “more difficult than face-to-face fighting with IS jihadists, and are considered more dangerous,” in a statement to highlight their impact in the March 2019.

“The collapse of the last stretch of IS area in northeastern Syria does not mean a total loss,” the SDF said.

On Tuesday, Kurdish authorities, local tribal leaders, and members of the U.S.-led coalition that pushed IS from their stronghold in Syria, marked the anniversary of an armed parade in the Al-Omar oil field which is under the protection of the USA, in the eastern district of Deir Ezzor.

The loss of IS in a small riverside town of Baghouz marked the end of a cross-border “caliphate” announced in 2014 over Iraq and Syria oaths.

Kurdish-led Syrian Democratic Forces (SDF) fighters will take part in an armed parade in the U.S.-protected Al-Omar oil field in the eastern Deir Ezzor region on March 23, 2021, marking the second annual anniversary of the liberation of Baghouz from the Islamic State (IS) group. (Delil SOULEIMAN / AFP)

But two years on, IS has shown that it does not need a fortress to pose a strong threat, with the jihadists carrying out regular attacks and embassies, including roadside bombs and machine-gun vehicles.

They also fear recruiting new fighters, including among tens of thousands of suspected IS allies detained in densely populated camps.

“We are currently at the most difficult stage of our counter-terrorism efforts,” the SDF said.

IS retains about 10,000 active fighters in Syria and Iraq, although the majority are reportedly in Iraq, the United Nations said in a recent report.

The vast Syrian desert near the Iraqi border has emerged as a major “safe haven” for IS workers and a springboard for attacks, the DA said.

The IS group is “building and maintaining a cellular structure that will allow them to carry out terrorist attacks,” said General Kenneth Mackenzie, the head of the U.S. Commanding Command, which oversees troops deployed in Afghanistan, Iraq, and Syria, last month.

At Al-Omar, SDF flags were raised to mark the anniversary, along with posters carrying pictures of fighters killed in the year-long battle against jihadists.

Fighters in fatigues began marching in a display of strength.

“In the spirit of Baghouz sa liberation… we will liberate all our land,” read one poster, describing the city where IS made his last stand.

Kurdish fighters teamed up with Arab forces to form a U.S.-backed SDF alliance in 2015.

They would go on to oust IS from key areas, including the de facto capital of jihadists Raqa in 2017.

In October 2019, the U.S. strike on Syria killed IS leader Abu Bakr al-Baghdadi and several other celebrities.

People take a look at a wrecked van near the city of Barisha, in the Idlib region of Syria, October 27, 2019, following a U.S. military operation targeting Abu Bakr al-Baghdadi, the shadow leader of the Islamic State body. (AP Photo / Alsay Ray)

Danger of ‘living on’

Tens of thousands of jihadists in Kurdish prisons and suspicious IS relatives detained in mobilization camps have emerged as extremist powder keg.

They include 27,500 children, at least 300 of whom are in squalid prisons, while the rest are being held in rehabilitation centers or locked camps, HRW said.

Calls again for Western countries to reclaim their nationals have largely fallen on deaf ears, with only a handful of children and a few women being taken home.

“Men, women, and children from all over the world are entering the third year of illegal detention in life-threatening situations… while their governments watch the other way around, “said Letta Tayler at HRW.

A member of Kurdish insider security forces is watching as another group of Syrian families have been released from a Kurdish-run al-Hol camp, which suspects relatives of Islamic State (IS) group, in the Hasakeh governor of northeastern Syria, fought on March 18, 2021. (Photo by Delil SOULEIMAN / AFP)

The SDF reiterated on Tuesday for countries to encourage return efforts, and to set up international tribunals to prosecute those arrested on suspicion of being jihadists.

Most IS relatives are being held under suspicion in the Al Hol camp, the largest city controlled by Kurdish authorities.

Al-Hol has nearly 62,000 people, mostly women and children, including Syrians, Iraqis, and thousands from Europe and Asia accused of having family ties to IS fighters.

Some captors see the camp as the last vestige of the cross-border “caliphate”.

“Thousands of prisoners held in prisons as well as… relatives held in camps live at risk from IS groups,” the SDF said.

In a report published last month, the UN said it had recorded examples of “radicalization, fundraising, training and the promotion of outside operations” at Al-Hol.

It also warned of what happened to about 7,000 children living in a special annex dedicated to foreign IS relatives.

They are “decorating them as the future ISIL operators,” the UN said, using a different acronym for IS group.