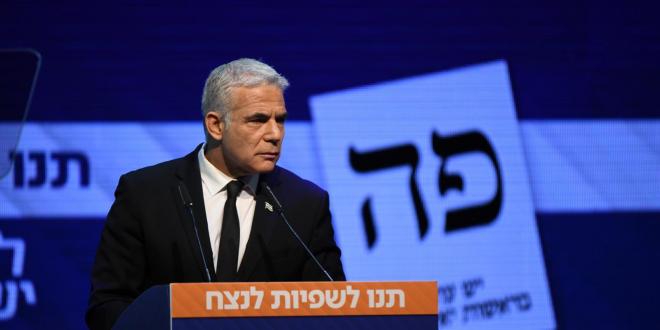 Opposition leader and chairman Yesh Atid, Yair Lapid, calls on Prime Minister Benjamin Netanyahu to arrive tonight (Saturday) for a confrontation with him, a few days before the election.

Lapid added that “a confrontation will put on the table what is really at stake. The public deserves to know what a frightening government Netanyahu is trying to form here. Litzman and Smutrich, Deri and Ben Gvir, a dark, racist, extortionate and chauvinistic government that will flee an entire generation and bury Israeli democracy. With this composition, Israel will be a much more religious, much poorer, democracy-minus state. This will no longer be the country of people who work, serve in the military, pay taxes. They will have a government that hates them and in that their values. The results will be terrible. “

“Come to the confrontation Bibi. I’m not going to sit in the studios as your warm-up band. You said I was your opponent, facing the opponent. The question “Where is the torch?” here I am. Come stand in front of me for tonight’s confrontation. ” Said Lapid.