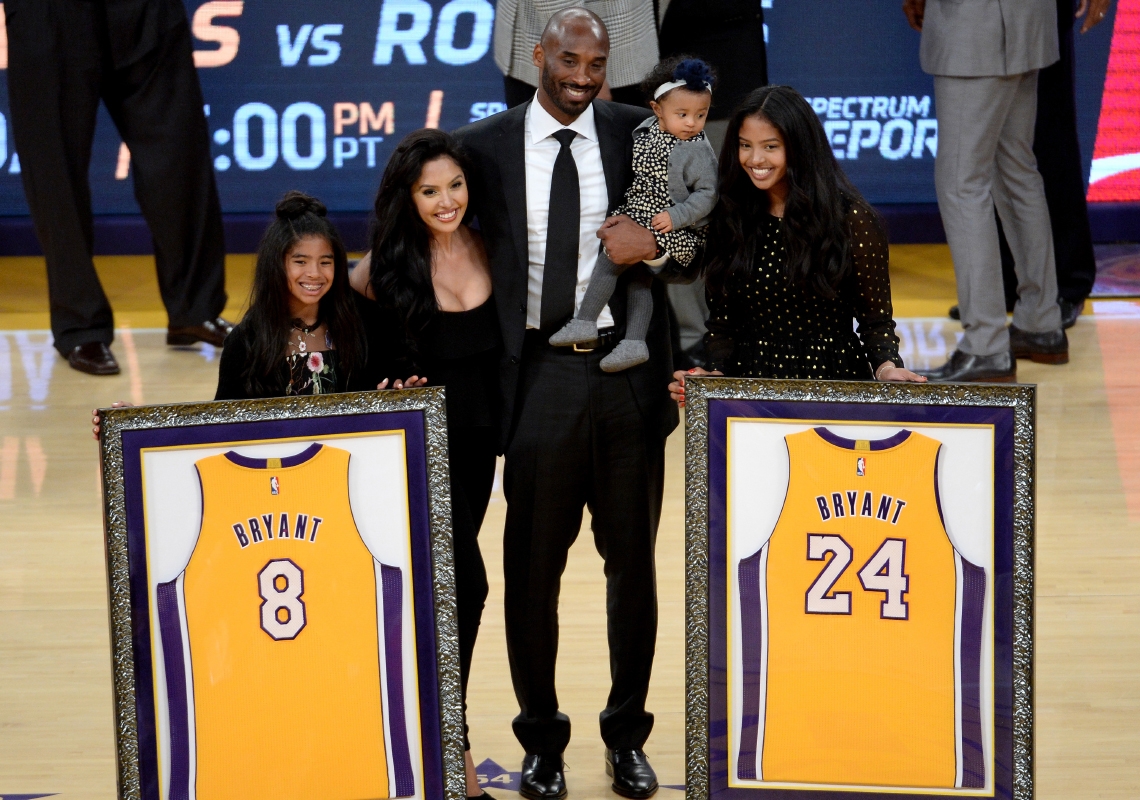 Realized the threat: Vanessa Bryant has released the names of police officers suspected of distributing documentation from the deadly crash scene

A few weeks after the court ruled that Kobe Bryant’s widow should be given the names of the officers who photographed the bodies of those who perished and distributed them, Vanessa published their names as they appear in the lawsuit. The district sheriff responded: “We will refrain from fulfilling this sentence in the media, and we will wait to do so in the appropriate place.”

Vanessa Bryant, who lost her husband Kobe and daughter Gianna in a helicopter crash more than a year ago, released last week the names of the four officers suspected of distributing photos from the deadly crash scene.

Bryant and his family at the 2016 retirement ceremony (Photo: Getty Images)

As you may recall, about a month after the tragic tragedy in which the former basketball player, 13-year-old Gianna and 7 other people were killed, the Los Angeles Times reported that several police officers were suspected of photographing Bryant’s body and sharing the documentation with other police officers.

A few days later, the district sheriff, Alex Vianuba, convened a press conference in which he revealed that eight of his police officers were involved in distributing the shocking documentation. “It is very unworthy and even shameful,” the sheriff said at the time, adding, “it is disgusting and it hurts people who have lost loved ones in this tragedy. If these pictures had been made public, it would have been inconceivable.”

Last September, about eight months after the disaster, Vanessa Bryant filed a lawsuit against the sheriff’s office following the distribution of documentation from the scene of the accident. Prosecution documents show that Bryant and several other relatives arrived at the police station in Calabas after the disaster, and the county sheriff explained to her that his officers were keeping passers-by away from the fatal accident scene: “In practice, the biggest threat was the sheriff’s office itself. “The sheriff’s office pulled out their personal phones and photographed children, parents and dead coaches. They did so for personal reasons,” the lawsuit said.

Earlier this month, the federal court ruled in favor of Vanessa Bryant, allowing her to accept the names of the four officers. Last Wednesday, Bryant posted the names via a post she uploaded to her Instagram account. Bryant herself did not write anything in the post, and instead shared photos from the lawsuit.

Vanessa Bryant, widow to Kobe and mother to Gianna posted 12 pages on IG revealing the names of the Sheriff’s Deluties involved in taking pictures of the fatal crash site last January pic.twitter.com/3KIJsWASbN

“Photos of the victims were spread among the sheriff’s office via text messages and emails, so much so that one of the officers – Raoul Versles – did not remember at all who received them,” the lawsuit said.

The nine killed in the helicopter crash in Calabas

Sheriff Vianuba responded to this through a short message he posted on his Twitter account: “We will refrain from fulfilling this sentence in the media, and we will wait to do so in the appropriate place. Our hearts go out to the families affected by this tragedy.”

We will refrain from trying this case in the media and will wait for the appropriate venue. Our hearts go out to all the families affected by this tragedy.