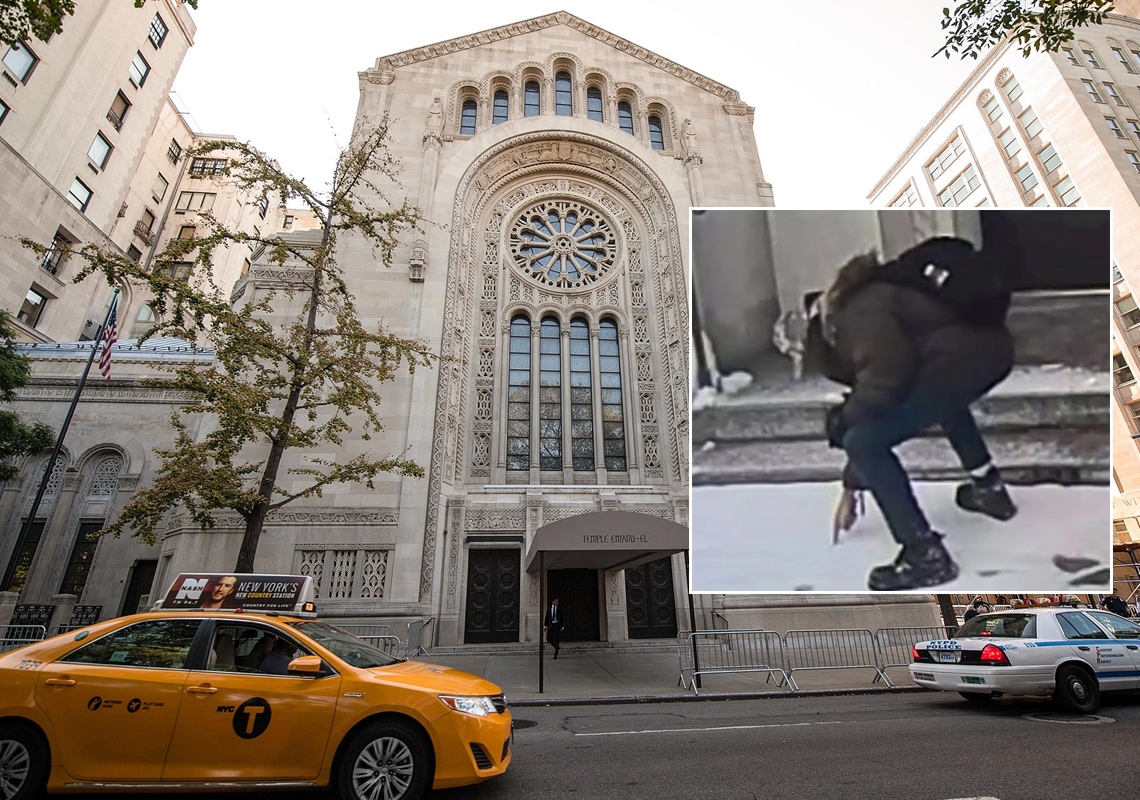 New York: Significant development in the hunt for a corrupter of the Amnu-El synagogue

Nearly two months after he drew a swastika in the snow and fled, the vandalist returned to the synagogue on Fifth Avenue, this time to draw a swastika with chalk. Workers noticed what was happening and called the police. He was later identified as Manuel Berra, a 50-year-old Harlem resident

New York law enforcement authorities arrested a man yesterday (Thursday) on suspicion of drawing a swastika in the snow outside one of the world’s oldest synagogues, Amnu-El on the Upper East Side, after he returned to perform another antisemitic vandalism.

The suspect, now identified as Manuel Berra, painted the swastika

A New York State Police Department statement said the suspect was 50-year-old Manuel Berra, a city resident living in the Harlem neighborhood, and was arrested on suspicion of aggravated antisemitic harassment.

As you may recall, as we reported last month, the incident occurred on the morning of Tuesday, February 2, at the Amnu-El Synagogue on Fifth Avenue. A security camera recorded the suspect as he approached the synagogue door, apparently to check if it was locked, and immediately afterwards he could be seen turning around and starting to walk towards the snowy sidewalk. But at this point he stops, bends over and paints the Nazi hate symbol.

Immediately after he finished drawing the swastika, the suspect was documented continuing to walk along Fifth Avenue heading north. Although this is an area where many security cameras are installed, police detectives have not been able to locate or identify the suspect.

Synagogue workers noticed the vandalism and immediately reported it to the police, who in response arrived at the scene and arrested Berra.