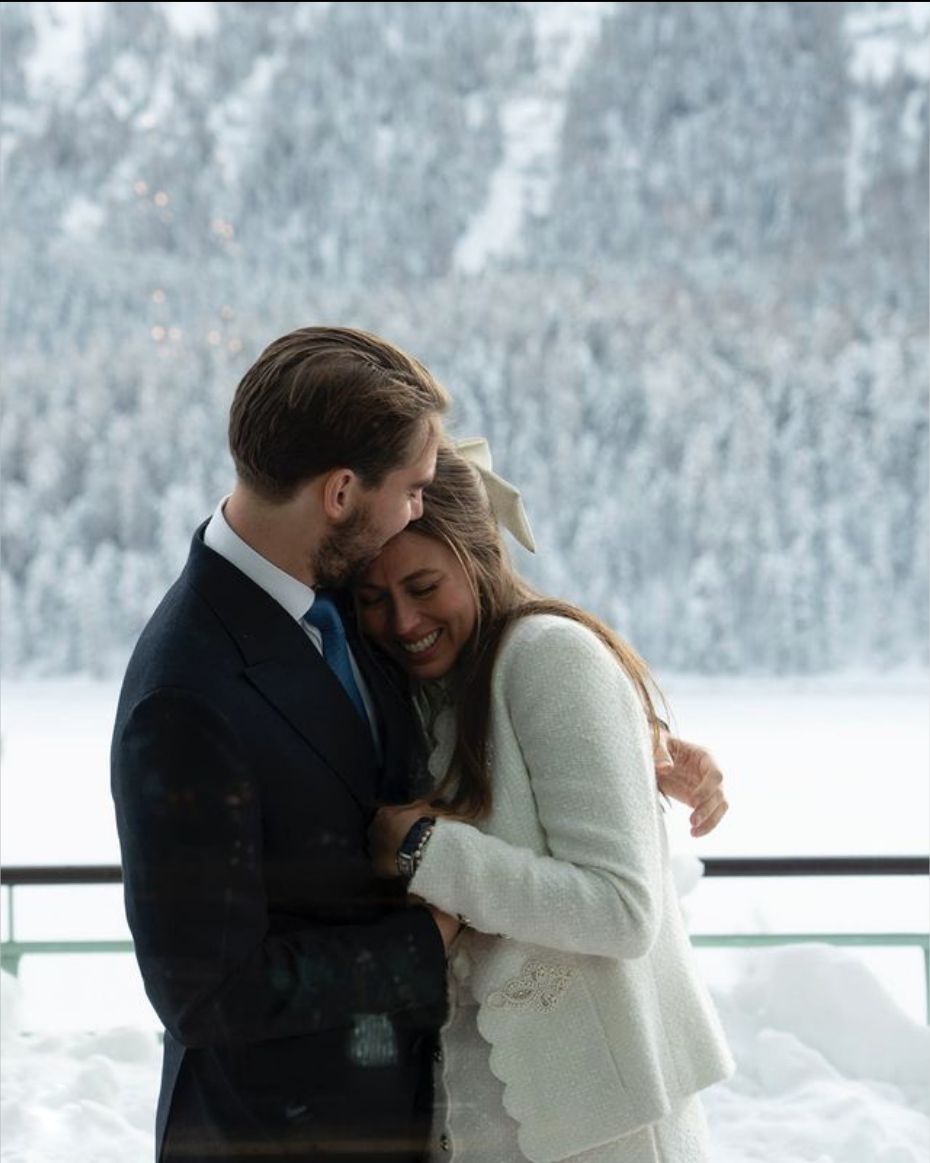 The godson married the late Princess Diana and the eighth according to the Greek throne, Prince Philippos of Greece and Denmark flight heiress Nina Flohr in a spectacular royal wedding on December 12th. The couple announced their engagement in September, after Philippos proposed to Nina on the Greek island of Ithaca earlier this summer.

Sharing the news of their marriage via Instagram yesterday, with Nina posting a admirable photo titled “Just Married (Civilized)” of them in a snap against a beautiful snow scene behind them. The bride wore a two-piece white tweed suit with a large white bow and Valentino heels, while the groom looked sharp in a black suit and blue tie.

Opt for a close-knit civic reception, the wedding was held at St. Mary’s Special Ski Resort Moritz in Switzerland, with only their fathers King Constantine II and VistaJet founder Thomas Flohr in attendance, due to the strict restrictions of Switzerland’s Covid-19. A formal religious ceremony is planned for next year, however.

That is not the only royal wedding we expect from the Greek and Danish royal family. Princess Theodora, Philippos’ eldest sister and Constantine’s youngest daughter, had to postpone her May wedding to American lawyer Matthew Kumar.