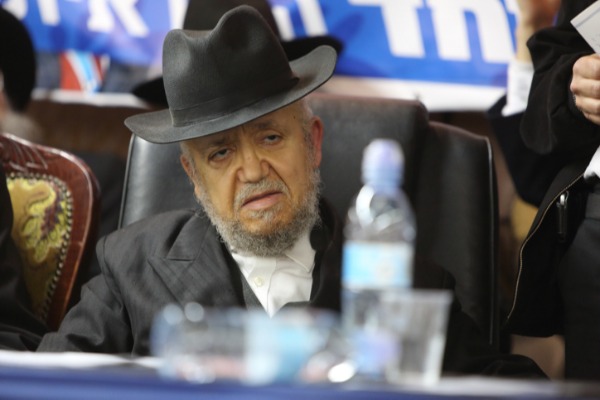 Rabbi Mazuz addressed the upcoming elections this evening (Saturday) and announced his support for the Religious Zionist Party and MK Bezalel Smutrich: Religious Zionists are God-fearing people and are also observant people. They need to be supported differently, who knows how many tens of thousands of votes will be lost. “

Rabbi Mazuz’s support for Smutrich apparently received the encouragement of Prime Minister Netanyahu. According to a report by journalist Sherry Roth, the prime minister directly asked Rabbi Mazuz to support Smutrich. Netanyahu’s appeal comes against the background of his attempts to enlarge the entire bloc, and the ‘Religious Zionism’ party is of course a significant player in it.

However, another important player in the Netanyahu support camp also tried to gain the support of Rabbi Mazuz, and failed. The Torah Judaism Party has sought the support of Rosh Yeshiva Kesa Rahamim in the upcoming elections and has begun negotiations with it. In a meeting at the Degel HaTorah offices of Torah Judaism chairman Moshe Gafni with Rabbi Mazuz’s staff, Gafni expressed a desire to come for support from the rabbi, but according to the publication now about his support for Smutrich, Gafni refuses.

In the past, Rabbi Mazuz was the spiritual leader of the Yahad – The People with Us party, led by Eli Yishai, the eternal rival of the current Shas chairman, MK Aryeh Deri.