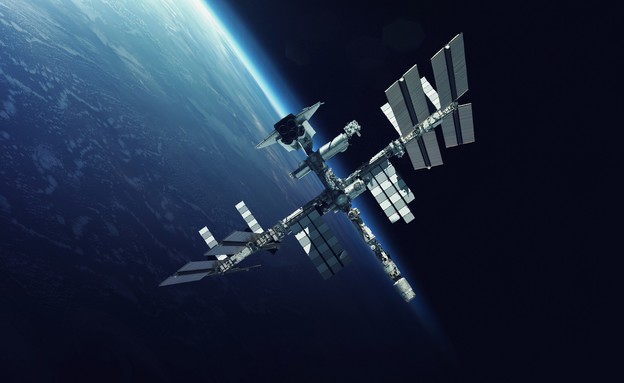 Outdoor space cleaning project: Yesterday (Monday) the ELSA-d mission of the Astroscale company was launched, the first space mission in history designed to clean up space from debris. The mission was successfully launched from the cosmodrome Baconor spaceport in Kazakhstan, aboard a Russian Soyuz launcher, and consists of two parts: a service spacecraft and a dummy satellite. The purpose of the spacecraft is to locate, orbit the satellite in orbit – and drop it into the atmosphere. In Atroscale, they installed a ferromagnetic plate on the side of the satellite (similar to the material expected of refrigerators), which would allow the service spacecraft to attach to it using magnets, pull it down and thus remove it from a satellite orbit.

If all goes well, Astroscale will prove that its technology is applicable to the systematic abatement of obsolete satellites that have become “space debris”. The technological demonstration will last about a year, after which the space startup intends to launch an operational mission to clean the space closest to Earth from old satellites. The UK, which has positioned itself in recent years as a leading player in the growing industry of disposing of space debris and extending satellite life, has awarded Astroscale $ 5.9 million to build the National Center for Orbital Service Mission Control on the Harvel Space Campus. The center, the first of its kind in the world for orbital service missions, that is, missions whose purpose is already orbiting the Earth, will be responsible for ELSA-d mission control.

Space debris is a collective name for everything that surrounds the earth and is not in use. Currently, 2,700 government and private satellite satellites are carefully navigating through a tangle of about 8,800 tons of debris, which includes launchers and launcher parts, old satellites, astronauts’ personal equipment and just pieces of metal and paint shards. A shard of paint may not sound particularly dangerous, but keep in mind that at an altitude of 2,000 kilometers above sea level – such a shard will fly at a speed of 36,000 km / h and can destroy a satellite or kill an astronaut in space. For example, in 2016 a crumb of dental floss was enough To crack the windshield of the International Space Station, and endanger its crew.In addition, any collision between two large objects creates lots of smaller objects, which further increases the chance of further collisions in the future, an effect called the “Kessler effect” and threatens to envelop the Earth in the future Non-offense of waste.

Space debris in orbit, as of December 2020. Credit: UNSOOA, ESA

Various radars monitor about 26,000 large objects from Earth, warning active missions in the event of an impending collision. This was the case, for example, in December 2020, when the European Space Agency warned the aerospace industry that a NASA satellite was about to collide with the Venus of the Israeli and French space agencies, which had to perform an emergency maneuver. To thousands of much smaller pieces, whose trajectory cannot be traced.

Astroscale seeks to prevent such further cases by actively eliminating old satellites. The problem starts with longevity: an average satellite goes out of use 15 to 20 years later, but stays in orbit for many years to come. A satellite in a low satellite orbit of up to 500 km will fall back to Earth within 25 years, while a satellite at an altitude of up to 1,200 km is expected to remain in space for 2,000 years. Satellites orbiting the Earth from a geostationary orbit, at an altitude of up to 36,000 km, will only fall after tens of millions of years. Humanity simply launches satellites faster than they fall back.

The time it takes for a satellite to be launched to burn back into the atmosphere. Credit: UNSOOA, ESA

The Japanese startup Astroscale has set itself the goal of shortening the time and dropping satellites that have fallen out of use and control within ten years. Last year, Astroscale bought the Israeli startup Effective Spice, which is supported by the Israeli Space Agency in the Ministry of Science and Technology, which is considered a world pioneer in the field of satellite services in orbit. The Israeli division of the company continues to develop a service spacecraft called Space Drone, which is designed to attach to active satellites that are stuck without fuel – as a kind of cosmic drag. The Israeli spacecraft will be attached to a satellite and will serve as an external propulsion system that will keep it in orbit and thus extend its life.

The crack in the windshield of the International Space Station. Photo: Astronaut Tim Pick