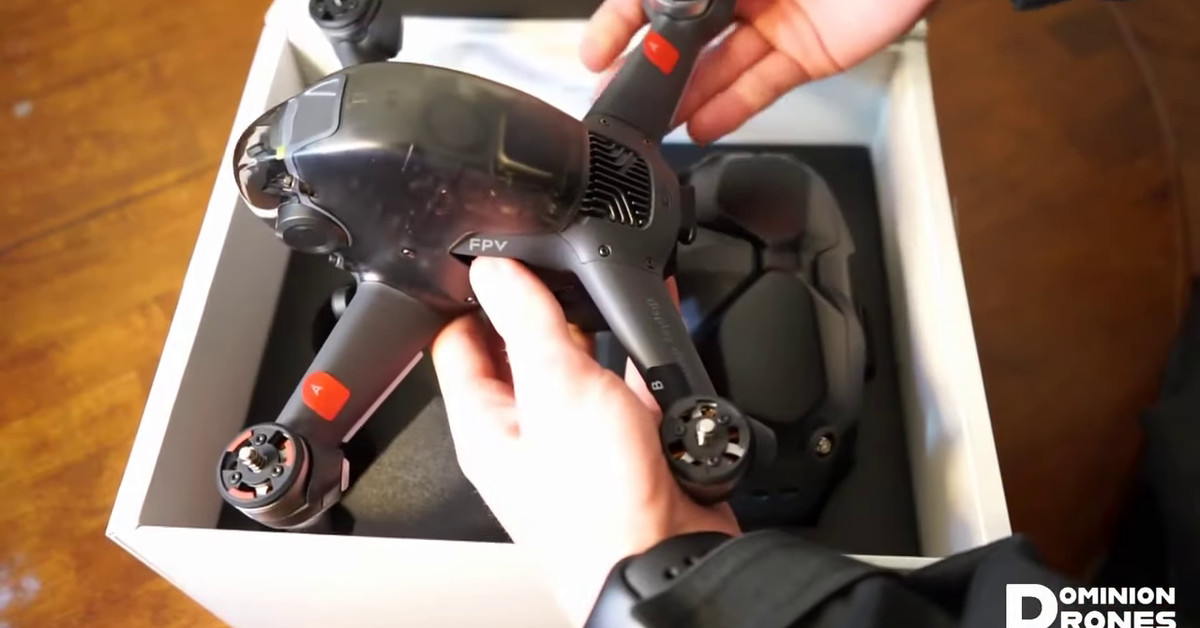 DJI’s (first-ever) FPV drone hadn’t been a mystery for months – but unboxing video now shows off the new quadcopter, controller and FPV goggles from almost its all angles (tro OsitaLV).

While the prominent “NOT FOR SALE” and “DISPLAY DEMO” stickers on the box and the controller suggest that some details may change before a rumor is launched in March, we can clearly see a set of front and down cameras that tend to avoid obstruction. sensors, as well as the large main camera mounted high in the shell of the drone.

The battery is a high-end rectangular battery that goes into the back, and the hook seems to come with both a charger and a portable power bank of some sort – though it doesn’t. clear what device connects into that.

The new controller design looks more inspired by a gamepad than ever before, with individual carved grips for each hand and peppers around the back, but also the familiar joy of DJI’s familiarity. now inside each leg. Our video guest also says that the new V2 goggles feel lighter than the ones DJI first introduced in 2019, even though the design looks very similar.

Unfortunately, there is no film of real flight yet, and I would not expect the group that made this video (Dominion Drones) to release it anytime soon: the video is not found on a channel The company’s YouTube, and this copy will come to us via SpiderMonkeyFPV instead. Looks like someone has gotten in trouble.

If you want a few DJI drone pictures right now, though, and don’t mind if it’s FPV … I might recommend my colleague Vjeran’s video review of the DJI Mini 2? It’s very sweet: