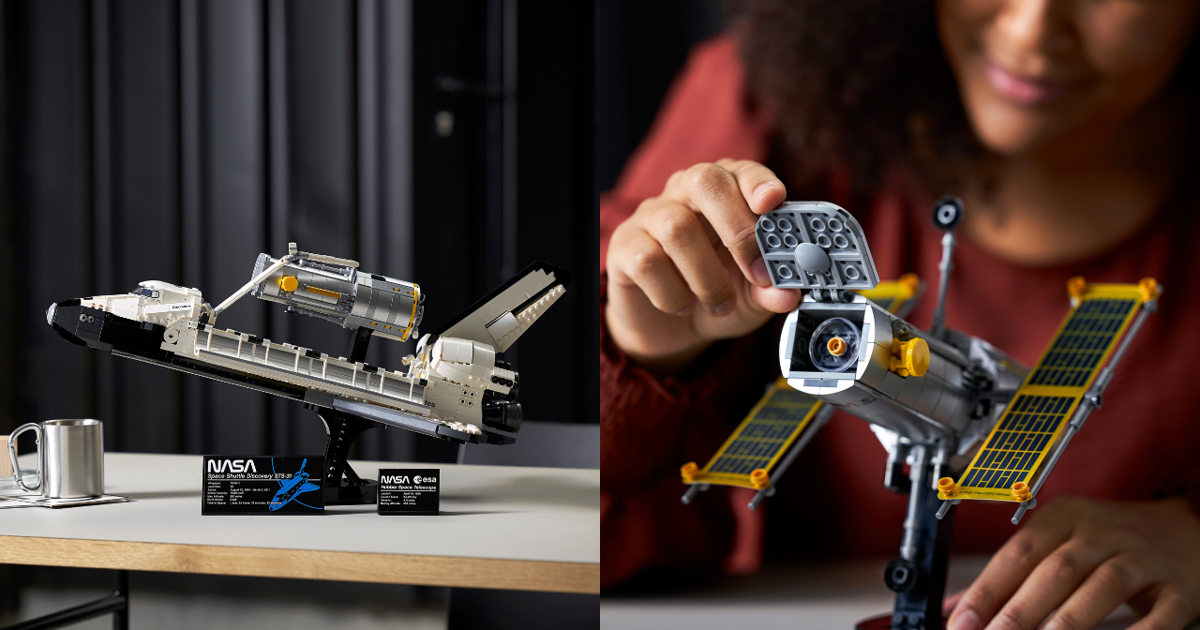 Stay updated with the latest in Tech, Science, Culture, Entertainment, and more by following our Telegram channel here.

Have you ever come across a whimsical picture of an outdoor space and wondered how the picture was even taken?

You can thank the Hubble Space Telescope, which was launched into orbit by NASA ‘s Discovery Space Shuttle team, all the way back in April 1990.

Since the launch of the Hubble, humanity has been capable of peer-to-peer across the globe, beyond what the naked eye can see.

That act of human engineering has now become immortal in the form of a 2,354-piece LEGO set.

The set is a remarkably detailed pastime of the STS-31 mission launched in April 1990, where the five-crew Discovery orbiter used its valuable payload in orbit – with the exception of the Hubble Space Telescope.

The NASA Space Shuttle Discovery set will also pay homage to the first Space Shuttle flight, which began on April 12, 1981. 2021 marks 40 years since this launch.

Comprising 2,354 pieces, the LEGO set comes with a ton of moving parts, making the construction process and the (post-construction) experience a real treat for tinkerers and anyone interested in outdoor space.

As soon as you open the payment doors, you will be greeted with great detail, including just enough room for the arm of the Remote Handling System (RMS) used to be gripping and releasing the Hubble.

And if that’s not obvious enough, the Hubble itself can be quickly sneaked into the pay range, just like the real thing.

But of course, both the Discovery and Hubble can be pieces on their own, coming with their own separate showcases.

Over in the crew cabin, you’ll see the high and mid-level flight decks, as well as flight arm control panels and RMS. Moreover, all five team member seats (four above, one in the middle) are all placed exactly as they were in the actual mission.

The NASA LEGO Space Shuttle Discovery set will be available across LEGO Certified Stores and LEGOLAND from April 1, 2021.

Click here to see an exciting LEGO interview with Kathy Sullivan, a former NASA astronaut and member of the Space Shuttle Discovery crew.