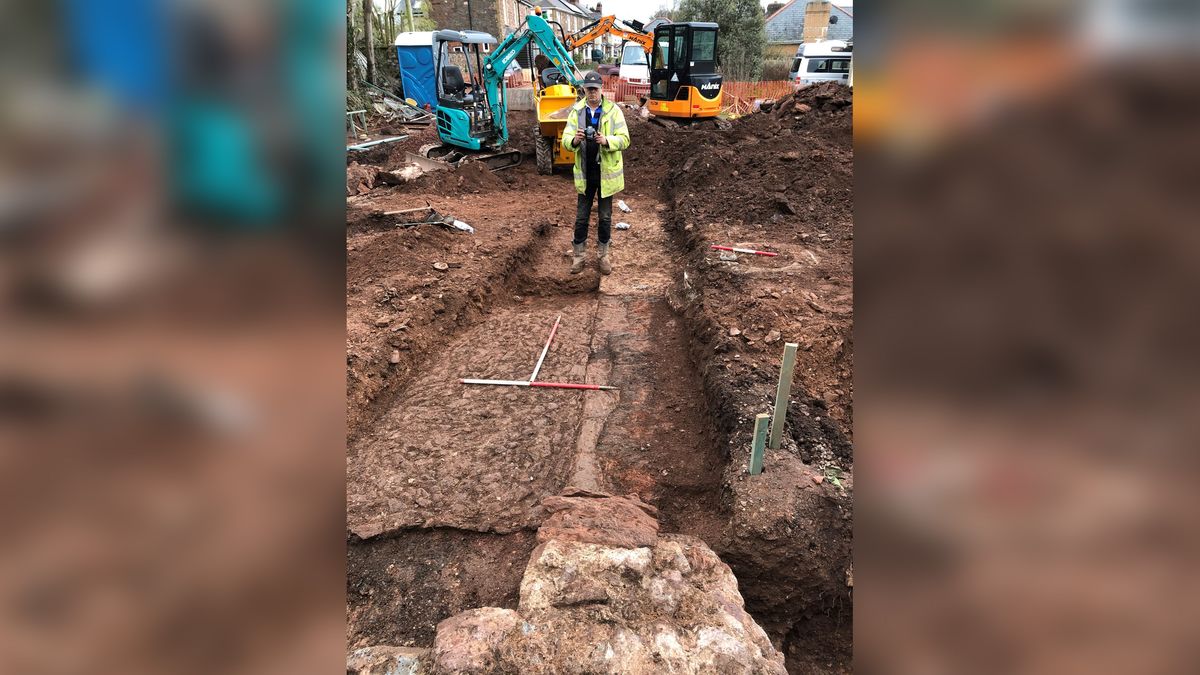 In a small town in the south west of England, a construction team to build a run-to-mill bungalow found an unexpected medieval bishop’s palace.

Construction workers found the foundations in a small piece of land owned by a retired bank owner, Charles Pole. Pole, 81, was building a bungalow for himself in the garden of his house he was planning to sell, according to the County Gazette.

“It came as a big surprise,” Pole told the County Gazette. “It was encouraging to hear that there is something very important about the site,” although the survey is likely to cost him around $ 20,900 (£ 15,000) and delay the construction of his bungalow, he said.

Local archaeologists knew that the medieval palace was located somewhere in the area, partly because a 14th-century gate to the palace building still stands today, according to the Smithsonian Magazine. But until this discovery, no one knew where the rest of the ruins were hidden.

“The gate is still there; what we didn’t know was where the buildings would be next to that gate,” said Bob Croft, a county archaeologist with the Southwest Heritage Trust, on BBC News. “They are often thought of as being further east, where we knew there was a large barn and a large open space, but this is the first time stone foundations have been found.”

The recent remnants represent two stages of development on the site, the spokesperson told Live Science in an email. Records show that Bishop Ralph of Shrewsbury (1329-1363) carried out extensive building work at Wiveliscombe, which appears to be present at the recently discovered site, which according to the speaker.

The remains of the palace, which also includes 12th-century pottery and a medieval fireplace, are thought to form part of the hall and kitchen hall. The landlord, archaeologist, builder and architect of the bungalow “are working to protect and record the site,” the spokesman said.