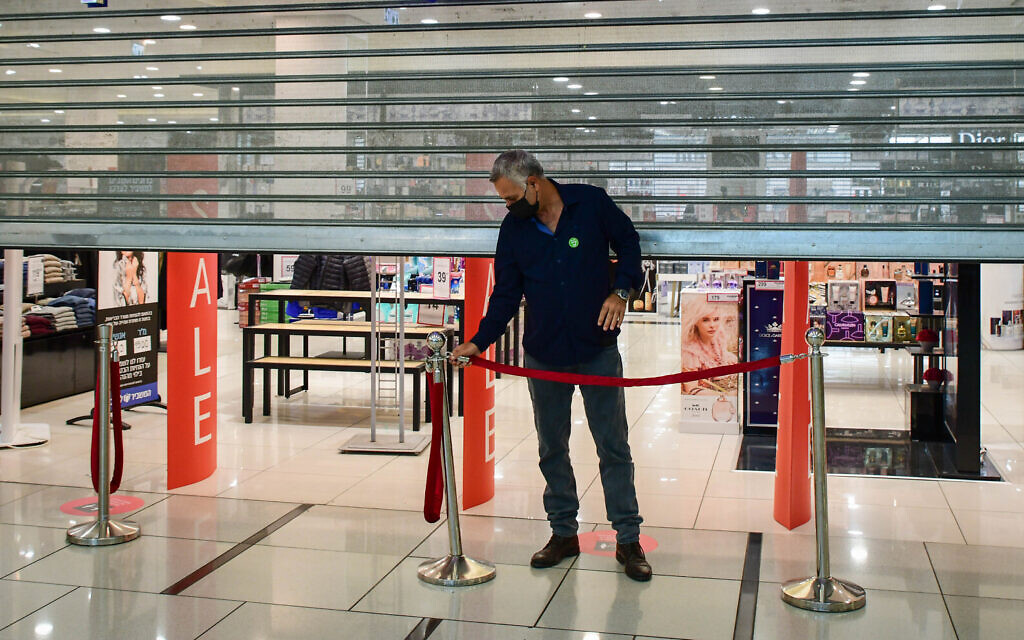 Health officials and Prime Minister Benjamin Netanyahu were initially expected to go against Defense Minister Benny Gantz over his call for business reopening this week, but several Hebrew media reported Sunday morning that both sides were likely to agree on a compromise date.

While it has been said that the Ministry of Health was adamant that no new moves should be made before February 23, a post backed by the main person, it is now thought willing to meet with Gantz somewhere in the middle.

Gantz said he believes the falling morbidity levels mean the government can allow affected businesses to start emerging from the closure immediately.

The Ministry of Health said Sunday morning that 1,896 people had been tested for COVID-19 the previous day, a much lower number due to a smaller test over the weekend. The favorable rate was 7.8%, in line with levels from last week.

The total number of cases since the outbreak of the pandemic has hit 723,038, including 60,976 active cases. They account for 1,008 serious cases, including 378 in emergency and 284 on air conditioners.

According to statistics released by the action group Military Intelligence, Israel’s R-value, the number of reproductions of the virus that measures transmission, fell from 1.0 last week to 0.85.

The number of serious patients was also declining, the action group said, with the number down 125 from last week, when 1,133 patients were in critical condition.

But the data also show a marked increase in severe cases among those under 60, which this week made up about 40% of all serious patients. At the same time, there is a clear decline in the rate of severe morbidity among those 60 and older.

While more than 3.8 million Israelis received the first dose of the COVID-19 vaccine, with 2.4 million receiving both doses, the figures also show that the campaign has slowed across all age groups but particularly among people over 60, 10% of whom have not yet been vaccinated.

According to a proposal reported to ministers last week, the next step for trade would be to open up inexhaustible street frontage stores to all citizens. It would also allow more age groups to return to school, while opening malls, gyms, hotel rooms, museums, cultural events and more for “green pass” carriers – a license for those who have have been vaccinated or have undergone COVID19.

The pass may include those with a negative coronavirus test result from within the last 48-72 hours, although that case is still being investigated, and the effects legal restrictions on restricting access of certain persons to certain activities.

Jerusalemites with a face mask walk in the city center on February 07, 2021. (Olivier Fitoussi / Flash90)

Ministers will also talk on Sunday about reopening the education system, and may allow grades 1-4 to return to the outdoor classroom in cities with high levels of disease, as well as vaccinated students in grades 11-12 return to internal audits everywhere, health ministry officials said Sunday morning.

Speaking to Radio 103 on Sunday morning, coronavirus czar Nachman Ash said limits would continue beyond February 23, warning that the Purim holiday, on February 25, was a cause for concern.

The holiday is usually celebrated with parties and revelry in Jewish religious and secular communities. Purim last year is thought to have contributed significantly to the first wave of diseases in Israel.

“There is the possibility of a night curfew or a closure on Purim, but I do not think that we need to get into this situation,” he said. “If it looks like we are going for something or -regulation that could adversely affect the movement of morbidity, we can suggest. I do not want to get there. “