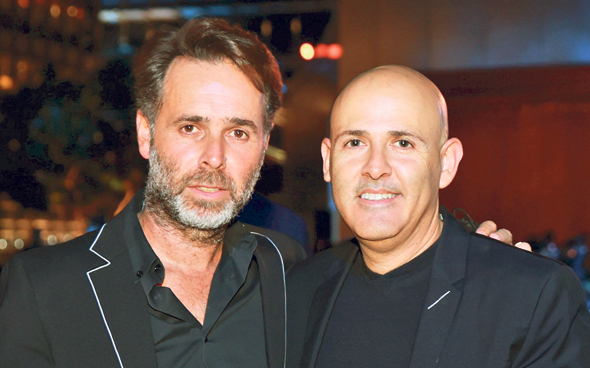 A dramatic turn in the confrontation between Alfred Akirov and Clal Insurance. Calcalist has learned that the insurance company, which owns 13% of Alrov Real Estate controlled by Akirov (78.5%), has sold its shares to the real estate company Israel Canada, which is controlled by Barak Rosen and Assi Tochmeier (36.4%). The sale was made at a price of NIS 128 per share – 3% more than its closing price last Thursday – and for a total consideration of NIS 382 million. The deal stipulates that if Israel Canada sells the shares at a profit within a certain period of time, Clal Insurance will receive a share of the profits.

Alrov’s value in the transaction, approximately NIS 3 billion, is 32% lower than Alrov’s equity, as of the end of the third quarter of 2020. Unlike real estate companies of a similar size, Alrov is traded at a significant discount to its equity. Derivatives filed against it, which imply an insufficient level of corporate governance.

The sale of Clal Insurance’s shares to Israel Canada brings to an end a long war between the insurance company and the Akirov family. The war revolved around Luca, Alrov’s subsidiary (80%), which owns hotels in Europe. Clal Insurance had many claims against Alrov regarding Luca and the financing of its operations (see extension below).

For Clal Insurance, this is a quiet, and profitable, retreat from one of the significant battles waged by an institutional body in front of a large real estate company, in an attempt to maintain corporate governance rules. In this fight, Clal Insurance even received a windfall from the Securities Authority. Israel Canada, on the other hand, is expected to be more lenient with the Akirov family. This is probably why Akirov welcomed the sale deal.

For Israel Canada, this is a foothold in a large real estate company that is active not only in the Israeli market. The acquisition of the shares opens the door for Israel Canada to sign a joint control agreement with Akirov in the near future, and may even take over the reins in certain areas of activity.

Israel Canada, which is traded at a market value of NIS 2.5 billion after rising by 170% in the last 12 months, is active mainly in the field of residential entrepreneurship in Israel, with an emphasis on luxury housing. The company is also active in the hotel field through the PLAY brand, and at the end of last year it also acquired the Tamers hotel chain from Poyo Zabeldovich for NIS 155 million. Clal Insurance is one of the largest shareholders in Israel Canada, and it holds almost 7% of the company’s shares.

Alrov, which is traded at a market value of NIS 2.9 billion after rising 87% in the last 12 months, operates in real estate and hotels in Israel and Europe. The company has more than 40 properties of various types – hotels, offices, commerce, Luxury stores and logistics centers. In Israel, Alrov owns, among others, Beit Asia and the Alrov Tower in Tel Aviv, as well as the Mamilla Hotel in Jerusalem and the adjacent shopping boulevard, and the David Citadel Hotel, which is not far away. NIS 5.6 billion, and they are leased to large international companies, such as the Swiss retail chain Migros and the Japanese giant Hitachi.

The Battle of Akirov: In the Name of the Son

As mentioned, the war between Clal Insurance and Alrov revolved around Luca, in which Georgi Akirov (15%), the son of the controlling shareholder in Alrov, and he also serves as the company’s CEO. Since Luca was established in 2007, Alrov has been solely responsible for financing Of Lucca, which so far amounted to NIS 2.4 billion. Despite being a partner in the company, Akirov Jr. never provided his share of Luca’s financing, which was supposed to be NIS 350 million. He also did not pay his share in interest. Clal Insurance, which is managed By Yoram Naveh, she claimed that the public Alrov allegedly subsidized the Akirov family in a deal that was never approved as a stakeholder deal, and opposed the financing.

Clal Insurance’s opposition, which is the deciding factor in the matter due to its being the largest shareholder in the company after the Akirov family, led to a deterioration in relations and the formation of a passionate confrontation between Akirov and Yossi Dori, Clal Insurance’s investment manager. As part of this fight, Alrov acquired 5% of Clal Insurance, thus creating a balance of terror with the insurance company. Akirov also tried to purchase Clal Insurance’s shares in Alrov, but Clal Insurance Insurance was at a high price for the shares, which Akirov did not agree to pay.

Last month, Alrov announced that it had formulated an outline that could resolve the dispute – George Akirov Blocka’s shares would be temporarily frozen so that he would lose blockchain rights unless he participated in the company’s financing or sold the shares to an entity that provided such financing for a year. . The outline formulated by Alrov led to the Securities Authority intervening in the matter. The authority demanded that the freeze not be temporary, but permanent. This demand is one of the reasons why Alrov rejected for the second time the general meeting of shareholders at which they will be asked to approve. The meeting was postponed to tomorrow, not only because of the authority’s demand regarding the permanent freeze, but also because the authority demanded that Alrov provide further details regarding Luca’s economic value.

The reason why the authority required Alrov to provide additional details regarding Luca’s economic value is that the company currently does not have an up-to-date valuation, according to Alrov’s report from last Thursday. According to this report, not only does Luca not have an up-to-date valuation, but also its equity is negative at 41.5 million euros, as of the end of 2020. Luca owns three hotels in Europe – Cafe Royal in London, Lotsia in Paris and Conservatory in Amsterdam. The value of the London hotel stands at £ 302 million, as of the end of 2020, the value of the Paris hotel stands at 418 million euros (including reputation) And the value of the hotel in Amsterdam is 167 million euros.