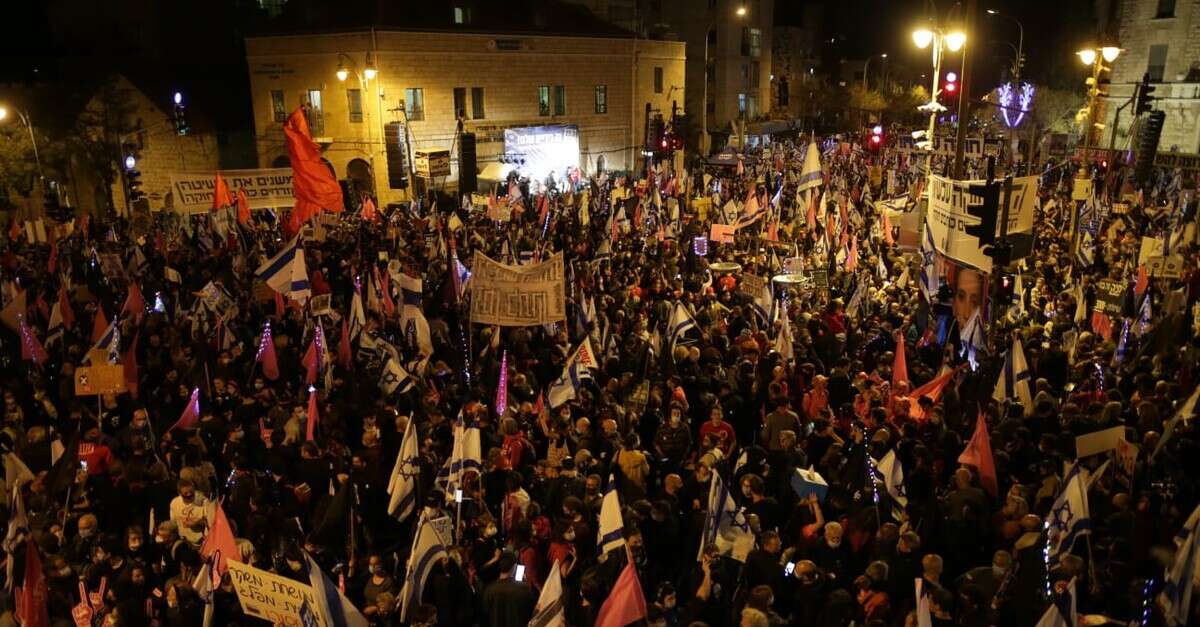 More than 20,000 protesters against Prime Minister Benjamin Netanyahu this evening (Saturday) in Paris Square in Jerusalem, calling for a wake-up call just before the election.

The evening’s event, which was organized by about 25 protest organizations, also features artists Achinoam Nini, Lior Ashkenazi and Renana Raz, who will go up to sing and speak. At the same time, protest events of black flags were held tonight in hundreds of centers around the country.

The Kreim Minister movement said earlier tonight: “The moment of truth is approaching. Today we will go to the bridges and go up in droves to Balfour to tell the defendant that his time is up. Israeli citizens say yes to hope for change and not to an alliance with Kahanists. It depends only on us. In our hands. ”

Over the weekend, Adv. Gonen Ben Yitzhak of the Kiryat Minster movement wrote a letter to Police Commissioner Kobi Shabtai, demanding an increased attendance and special preparation for the events in Balfour and around the country, in order to prevent infiltrators and violent elements from infiltrating the compound and avoiding unnecessary friction.