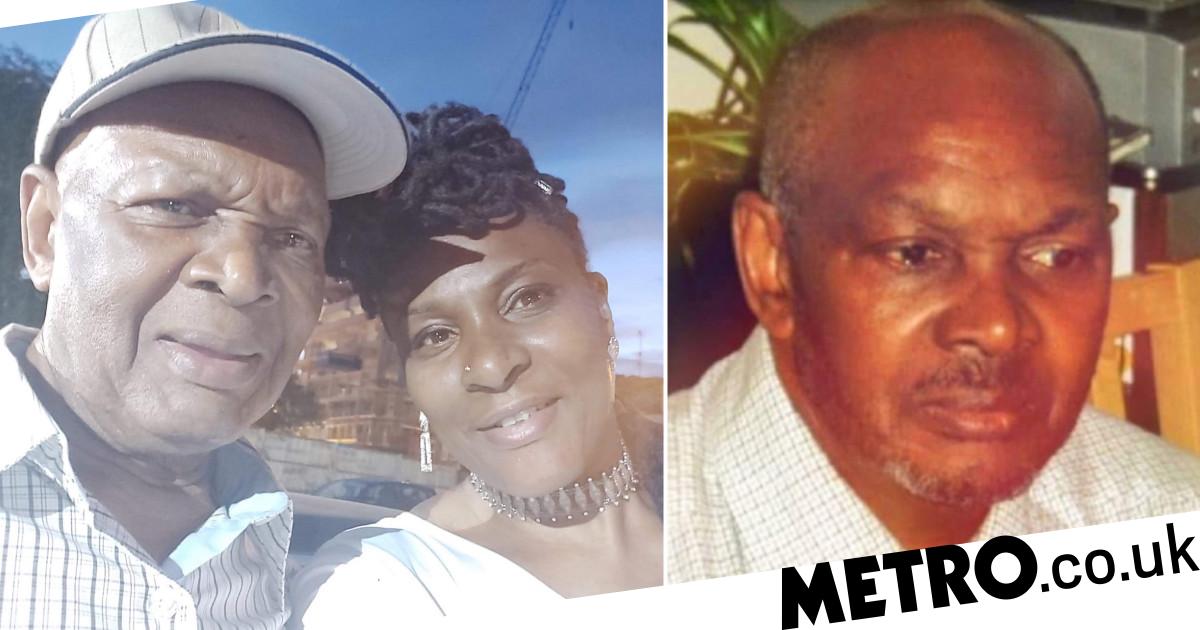 A great-grandfather’s daughter has said her family was ‘stolen’ after it was revealed they will not rehabilitate in hospital without her consent.

Christabel Allen, 55, from north London, says she was not consulted about the decision and that her father, William Abraham Allen, 81, had wanted to release her before he died.

Ms Allen, a school staff, told Metro.co.uk she had not been consulted about the DNR decision – which means no attempt will be made for cardiopulmonary resuscitation – before she looked at it. the old signalman takes her last breath in a Skype call.

She spoke after a report by the Care Quality Commission (CQC) that unlicensed DNR prescriptions were used for 508 patients during the pandemic, although campaigners supporting her case are opposed. the governing Trust says the actual number could be at least 800.

The Care for the Vulnerable Initiative (CCFTV) says families have complained that Covid’s visit restrictions meant that many loved ones were not physically present when the decision was made and patients’ health worse as a result of loss of communication.

The North Middlesex University Hospital Trust said today that Mr Allen’s care plan was ‘discussed with him when he arrived at the hospital’ and he has been in ‘regular contact’ with his family.

Mr Allen had been taking medication for a urinary tract infection in the days before he was admitted and had diabetes, his daughter said.

An ambulance was called to his home in Edmonton after a friend raised concerns about his health but she was not allowed to accompany him to the hospital because of Covid’s warning.

Ms Allen says she was told by paramedics over the phone that she had tachycardia, a condition where the heart beats faster than normal.

The mother of five, from Muswell Hill, said: ‘As soon as he went into hospital he wanted me to take him home. The last time I spoke to him it was eleven o’clock at night and he said he could not stay and had to leave.

His exact words were, “he is a prison”. I said I would see what I could do and try the next day. He said “goodbye girl” and I said “good night dad”.

Ms Allen says she was told her father suffered a fall two days after he was admitted and she was also told on the phone that he had been placed under a DNR order.

‘I asked them to take it off and there was a kerfuffle on the phone and I said why they didn’t call me, the person closest to him.

She left and half an hour later she called back and said that the request for the removal of the DNR was rejected by a counselor as my father is 81 with basic health issues and now certified by Covid.

I usually went with his dad for every job, I saw him every day, but I didn’t get a chance to talk to him about this.

In the medical notes he stated that William wanted to speak to his daughter before any decision was made.

‘They’ve said if I don’t have the power of a lawyer, I don’t have a voice. I thought closest relationship means everything, but apparently it doesn’t mean anything.

The notes also state that his daughter begged for a video call. Pleaded? In fact I was crying like a hungry child begging for bread. ‘

‘He was waiting for me to take him home’

Mr Allen, who was also diagnosed with breast disease and received intravenous drugs, died on April 10, 2020, with the cause of death as a result of Covid. His daughter was watching him filter away in the Skype call.

She has lodged a seven-page complaint with the Trust but says she received no responses almost a year later and feels she deserves a face-to-face meeting on her case.

‘They offered me a meaningful meeting but I really want a meeting, my father didn’t live in the real world, he was a real man,’ Ms Allen said.

‘I don’t want to cry over a ten-page letter, my father always wanted me to do things right, that’s what he would expect me to do.’

After retiring as director for the London Regional Congress, he shared one of his two houses in Edmonton with overseas students and was known for his generosity to those who had less than him.

‘He ran two houses on his own,’ Ms Allen said.

He would walk a mile to his sister’s house every Monday and while in hospital he said he wanted to go home because he had just left his garden. He was missing out on food on palliative care, he wanted to talk to me but the decision was made for it.

‘I haven’t slept well since the day he left us.

‘I feel like a thief has been abducted and what makes it worse is that he was waiting to take me home.’

The CQC issued its report following allegations that DNR prescriptions were used under vulnerable underage patients or disabilities under Covid measures.

Jayne Connery, director of the CCFTV, said: ‘Sadly, at the onset of this pandemic, our group was contacted with mourning families reporting that DNR had been imposed on ex – loved ones without get advice from them.

We were also told that many loved ones felt “under pressure” to agree to the implementation of DNR.

‘During this worrying time families did not have the right to visit not only in care homes but also in hospitals and we were told that this led to a decline in the physical health of loved ones once the admission. ‘

According to the CQC, DNR decisions should always be made in consultation with the patient or, if they are unable to express their wishes, family members or other relevant persons.

A spokesman from North Middlesex said: ‘All decisions about care and access to treatment, including end-of-life care, are made individually and by clinicians, in consultation. with the patient or their family, where appropriate.

Mr Allen’s care plan was discussed with him on arrival at the hospital and we have been in regular contact with Mr Allen’s family, listened to their concerns and continued to communicate with them as our investigations progress. follow, and we would like to offer our sincere condolences. for them during this difficult time. ‘

For more stories like this, check out our news page.

Get the latest news you need, great stories, analysis and more