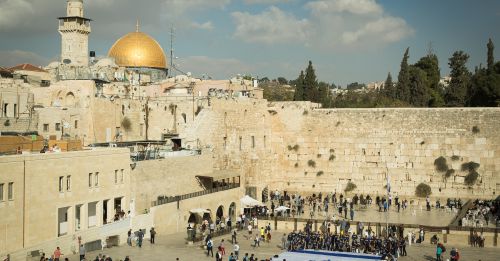 A special confession event is expected to take place this week on Monday at the Western Wall, in order to thank God for the heavy rains that fell on Israel during the last rainy season. This year, the celebration of vaccines for Corona was also added to the joy.

The organizer of the event, Itzik Golan from Givat Shmuel, initiated a Thanksgiving prayer for the rains two years ago, after at the end of several years in which not enough rain fell and Israeli agriculture was in a drought, the balance changed and every winter large amounts of rain fell on Israeli soil. “Two years ago, we held a prayer service for confession to God about a blessed rainy year in which the Sea of ​​Galilee rose by almost 4 meters,” Golan said. “A year of blessing after some very difficult years without regular rains in Israel and the water situation in the Land of Israel was very difficult.”

Golan recounts the prayer that took place two years ago: “Thank God we were privileged that after the great confession prayer that took place two years ago, the following year and in the winter of this year there was a lot of rain, a sequence of three years and plenty of rain. We must not think all this is obvious. From heaven it happens to us and we must thank God for all this good. “

He added that “this year we have added dozens of courtyards to the initiative around the country, who knows but this prayer may be the prayer for the end of this mission.” The idea is to stop and thank God for the great miracle that is happening here and understand that all this is not understood “Obviously.”

The event will take place in the Western Wall plaza (in the plaza next to the women’s aid) this coming Monday, Nissan – 22.3 at 17:00